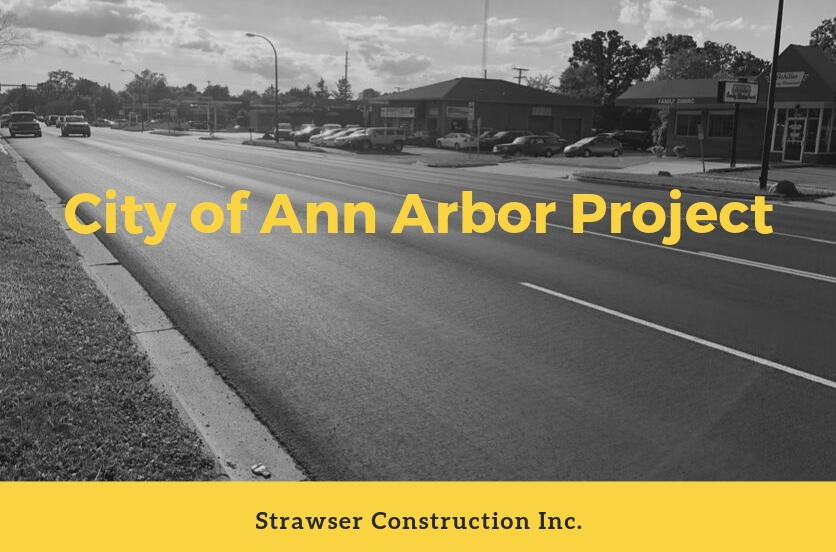 It had been many years since the City of Ann Arbor, Michigan programmed a preventive maintenance project.

That changed in 2017/2018 when SCI was awarded a contract to perform Micro Surfacing and Cape Seals on multiple major routes throughout the City of Ann Arbor. With the success of the 2018 project, the city decided to program and award a project to SCI for 2019. Prior to starting work, the City of Ann Arbor decided to add several streets to the project, nearly tripling its size. This was a direct result of the excellent customer service and high-quality work they received in 2018. As of July 11th, SCI Crews have successfully completed the first half of the 2019 project.

“Overall the City of Ann Arbor is pleased with the pavement preservation work performed thus far by Strawser Construction including that recently completed on Packard Road and within several city neighborhoods. We are confident these micro surfacing and cape seal treatments will perform as expected and consider them to be valuable tools for use in improving and maintaining our major and local street networks and achieving our pavement asset management goals.”
-David A. Dykman, P.E. – Project Manager

Takin' it to the Streets - Episode 22