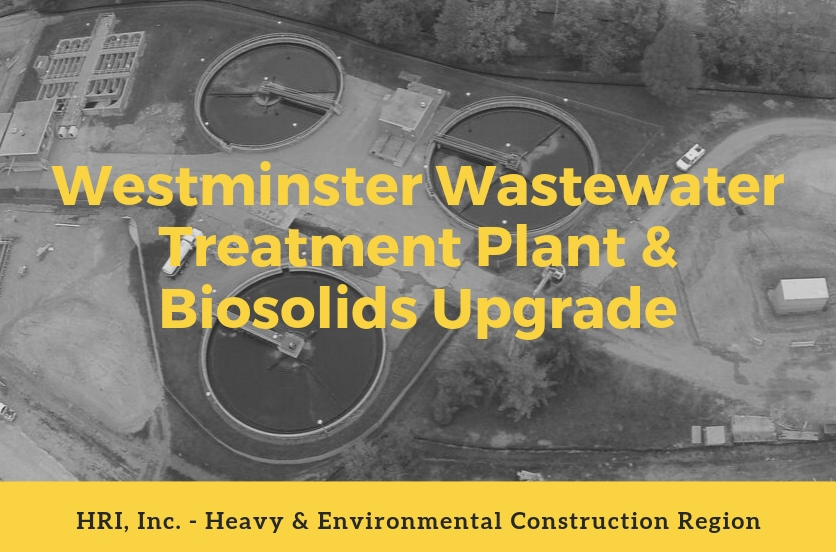 As of August 2019, the crews of HRI’s Heavy and Environmental Construction Region have continued progress on the Westminster Wastewater Treatment Plant Enhanced Nutrient Removal (ENR) and Biosolids Upgrade Project in Westminster, MD.

Since the start of the project in January 2019, HRI has poured foundations for the Blower Building and the Electrical Building, formed and poured Generator No. 1 Pad as well as the Methanol Feed Facility Slab and Containment Walls, and began the alteration of Reactor No. 1. In addition to several other activities, 40% of all underground electrical duct banks and 25% of all underground utilities have been installed. 80% of the soil stabilization program has been completed up to this point, and HRI crews are anxiously awaiting completion to begin construction on the Denitrification Filter Facility.

Next steps for the project include: forming and pouring the footers for the Solids Processing Building, installing the structural precast panels at the Blower Building and Electrical Building, install mechanical piping and form new concrete walls in Reactor No. 1, completing the Pressure Grouting Stabilization and forming/pouring the slab for the Denitrification Filter Facility, and continuing the installation of yard pipe including a stream crossing of several pipes and duct banks to the south side of the plant. 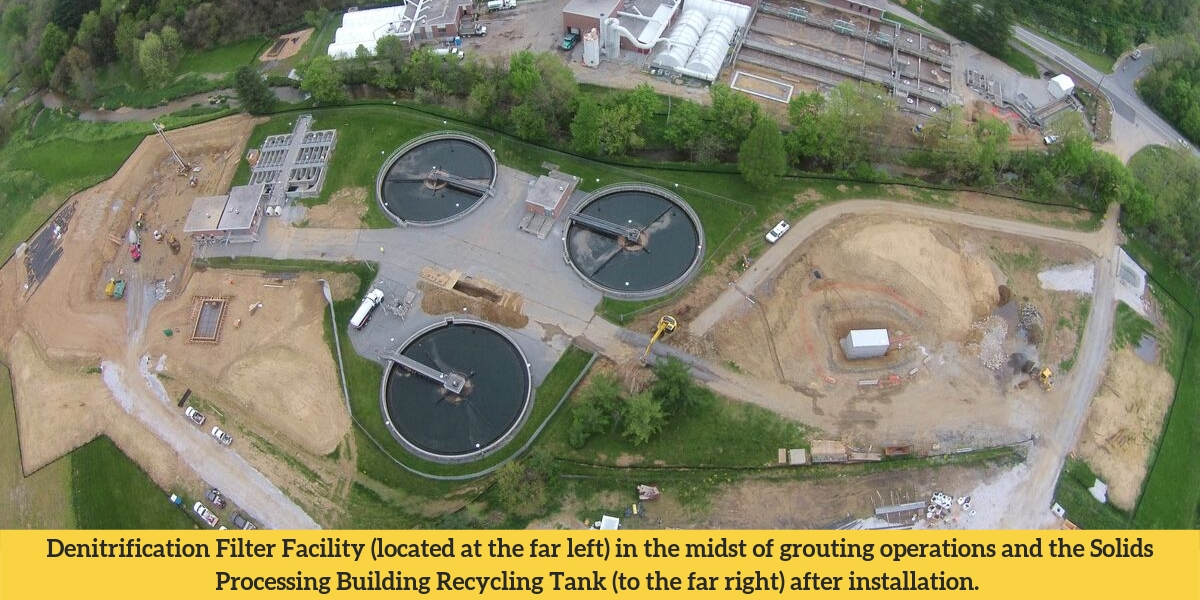