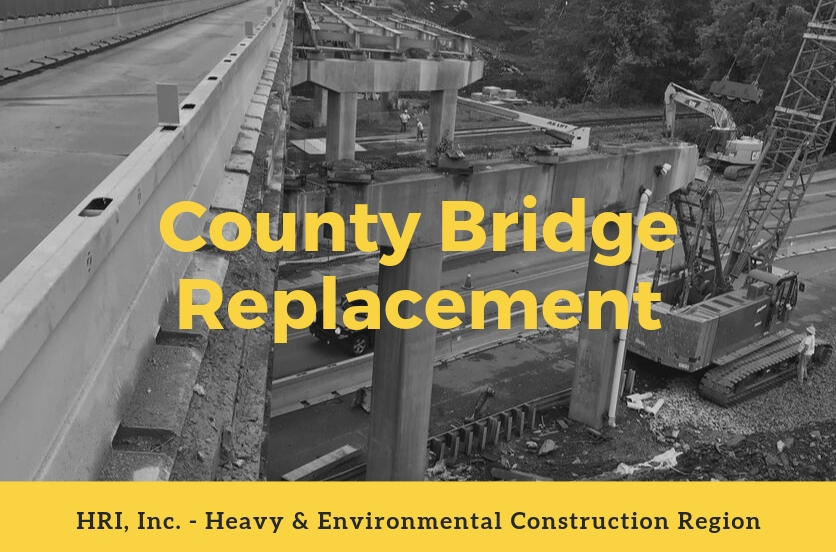 In April of this year, PennDOT issued Notice to Proceed to HRI’s Heavy & Environmental Construction Region for a bridge replacement project in Gilberton, PA.

The project consists of the full replacement of two parallel, five-span bridges carrying four lanes of SR924 over a coal mine haul road, creek, railroad, and SR4030.

Crews began work with deck repairs, shoulder widening, E&S controls, site clearing, and drainage installations. Once traffic could be diverted to the existing northbound bridge, demolition was completed for the entire southbound structure. The bridge deck was saw cut and removed in slab sections. Steel beams were removed with a 100 TN crawler crane and sent for recycling. Piers and abutments were broken down with excavator mounted hydraulic breakers and sent to the onsite fill area. 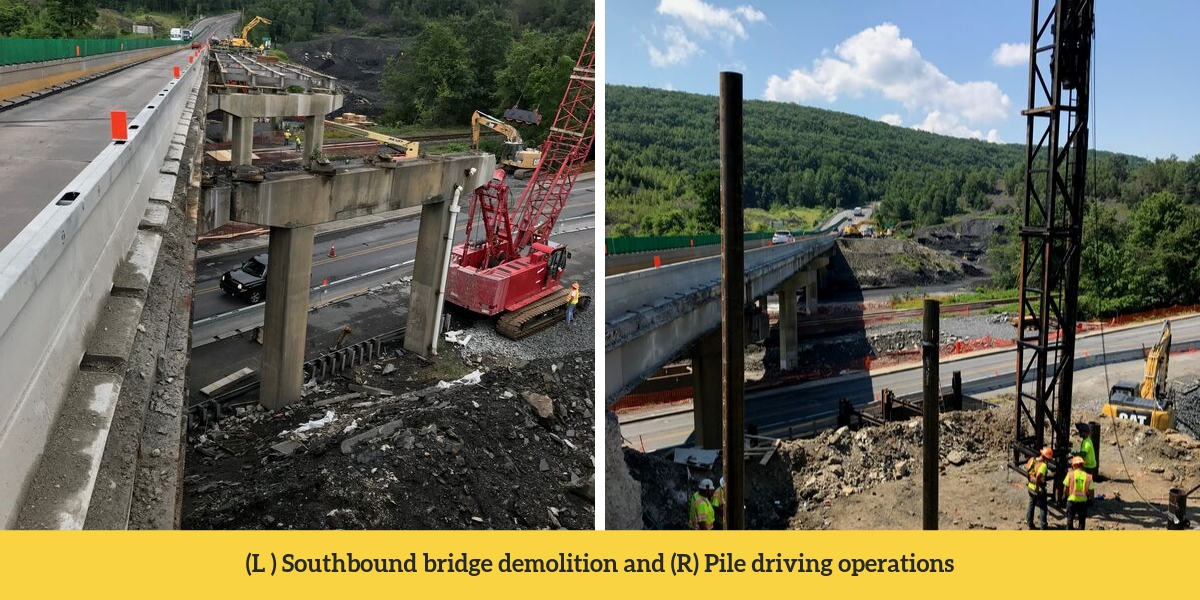 Work is currently underway for pile foundation installations for the new southbound bridge. Pile driving will be followed close behind by substructure concrete installations for the new abutments and piers. Following the completion of the substructure, prestressed concrete beams will be set and the new bridge deck will be installed. The new southbound bridge is planned for completion by November of this year. The full demolition and replacement of the northbound bridge is slated for the 2020 construction season.