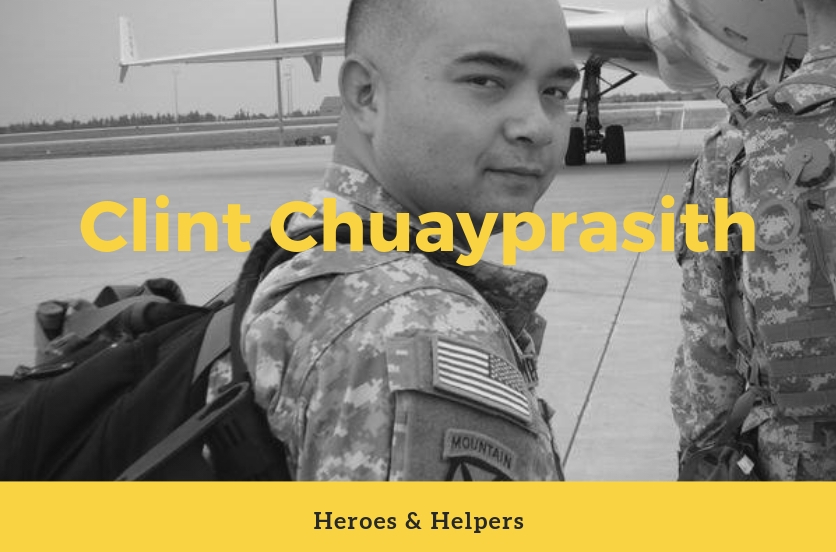 Originally from Southern California, Clint left college to join the military in 2003.

Basic training and advanced individual training was conducted at Fort Sill, OK where he was trained in field artillery. In 2004, Clint moved to Fort Drum, NY and that same year, deployed for one year in support of Operation Iraqi Freedom where he conducted artillery and infantry operations. In 2006, Clint deployed again in support of Operation Iraqi Freedom for 15 months where he served as a Non-Commissioned Officer in charge of a tactical operations center.

During his time of service, Clint earned the rank of Sergeant and was inducted into the honored Corps of Non Commissioned Officers. I was released from active duty in 2008 and individual ready reserve status in 2011. I’ve always appreciated my time in the military and learned a lot about myself and the importance of teamwork. His military training and experience has made him a better problem solver and he continues to apply these skills daily.

After being released from active duty, Clint remained in the Watertown/Fort Drum area and attended Jefferson Community College (JCC). After graduating JCC with a degree in Accounting, he was hired as an intern at Barrett Paving Materials in 2011. In anticipation of Barrett’s JDE implementation, Clint was hired full-time as a Staff Accountant in 2012 while continuing his education.

Clint tells us that he has enjoyed his time with Barrett Paving. He’s performed functions in payroll, accounts payable, accounts receivable, manufacturing accounting, and general accounting. In April 2019, Clint received my remote pilot certificate from the Federal Aviation Administration. The opportunity to use drones to conduct inventory surveys has been a great experience. He has plans to use drones beyond surveying and looks forward to the continued success of Barrett Paving Materials and the opportunities this company has provided him!

Takin' it to the Streets - Episode 21
Scroll to top