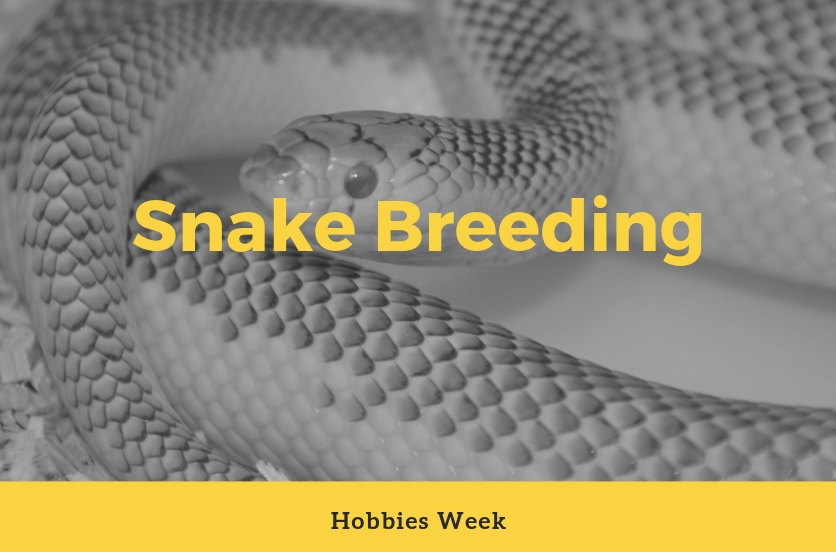 David remembers watching Crocodile Hunter when he was a young child and became fascinated by animals, especially reptiles. He has been involved in the hobby for over 20 years. David has kept over 20 different species in his life and is currently focusing on four snake species. He owns multiple color and pattern variations of each species as well.

Snakes are far more intelligent than most people give them credit for and each one of them has a different personality.
– David Thompson

This year, David had six clutches of eggs laid of which three clutches have hatched so far. He will have around 80 babies by the time all have hatched. If you are curious about David’s hobby and interested in seeing more, follow @BlueHouseExotics on Instagram.