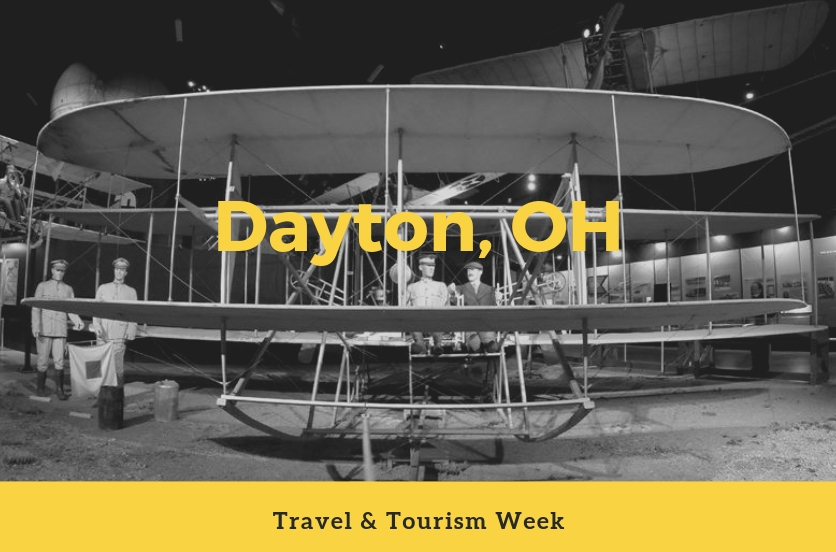 Dayton is known as the Birth Place of Aviation and is often called the “Gem City” by the locals. Dayton has a long history of creativity and engineering being the home of Paul Laurence Dunbar, The Wright Brothers, John H Patterson, Charles F. Kettering, Nancy Cartwright, Edwin Moses, Martin Sheen, and Rob Dyrdek.

Dayton has been the birthplace and home of many amazing people who have left their mark on the world through many Patents, Inventions, literary works of Art. Dayton was also key to the formation of the field of Hydraulic engineering following the great floods when Arthur E Morgan’s creation of the hydraulic jump for flood prevention. Dayton was also critical to ending World War II by helping to build code-breaking machines as well as nuclear triggers as part of the Manhattan Project. In peacetime, the city is known for its involvement in the Dayton agreement which is locally known as the Dayton Peace accords. Dayton hosted the 1995 Peace accords resulting in an agreement for peace between Bosnia and Herzegovina. Today Dayton continues to support its aviation, aerospace, and healthcare research and development by combining these industries with its colleges and universities to improve the local community and the world.

Great food and drink are the keys to a great town. Dayton’s many restaurants have won national recognition. Some of these include Dayton’s Pine Club Steak House ranked on food Network’s Top 5 Steakhouses in the U.S. while Marion’s Piazza earned the No. 1 spot on Pizza Today’s 2013 Hot 100 Independent Pizzerias. Our very own Century Bar, located downtown, earned a spot-on Men’s Journal’s Top 10 Bourbon Bars in America. Did someone say donuts? We have one of the best places in America for those too. Bill’s Donuts, located in Centerville, was ranked on USA Today’s 10 Great Places to Get Donuts. If none of these tantalize your taste buds, check out this list of top places to eat in Dayton.

As for things to do in Dayton, you have to check out the US Air Force Museum which is free to the public and one of the only museums of its kind. The museum is located on Wright Patterson Air Force base which includes the historical location of The Wrights and Patterson farm where powered flight became a reality. At the museum, visitors can follow humanity journey from carrier pigeons to the moon as well as see the largest collection of planes which have served with the call sign “Air Force 1”. If Air Plans are not your thing Dayton offers lots to do you can venture back to the time of the dinosaurs at The Boonshoft Museum of Discovery, or explore the state of human occupation of the Ohio Valley at Sun watch Indian Village, and the Serpent mound to the south. Dayton also has the American Packer Museum which honors the development of the automotive industry and its place in American culture. If Art & Humanities are more your things, the Dayton Art Institute provides a large gallery of works from around the world. You can catch a show at The Human Race Theatre Company, the Dayton Ballet, or the Schuster Center just to name a few. Dayton is also home to many theatre companies including the Victoria Theatre, Muse Machine, LA Comedia, and the Dayton Playhouse. For live music, visit the Rose Music Center, Fraze Pavilion, Dayton Philharmonic orchestra, the Dayton Opera, and the Oregon District which is a great place to catch a local live band or explore the many local shops who knows what treasures you might find. All are great places to explore and learn about art, culture, and the development of the world around us.

Pour a pint, grab a growler. Dayton is “hopping” with a wide variety of new breweries and tap houses. While Dayton has a 200-year history with microbreweries thanks to Col. George Newcomb, it has seen a resurgence in the last couple of years with most areas of the Miami Valley housing their own brewery (or a few). Dayton Beer Company has paved the way for Dayton to reclaim its spot-on beer lover’s lists. They were the first to open their doors in the Miami Valley. Shortly after, Toxic Brewing Company set up shop and began the economic boost to downtown that many are calling the Brewery District. The Dayton area is now home to 10 wildly popular local breweries and as many as 20 or more if you include the greater Dayton area.

We put together a list of some of the best-of-the-best in Dayton:

Click here to find out much more before your next trip to Dayton!