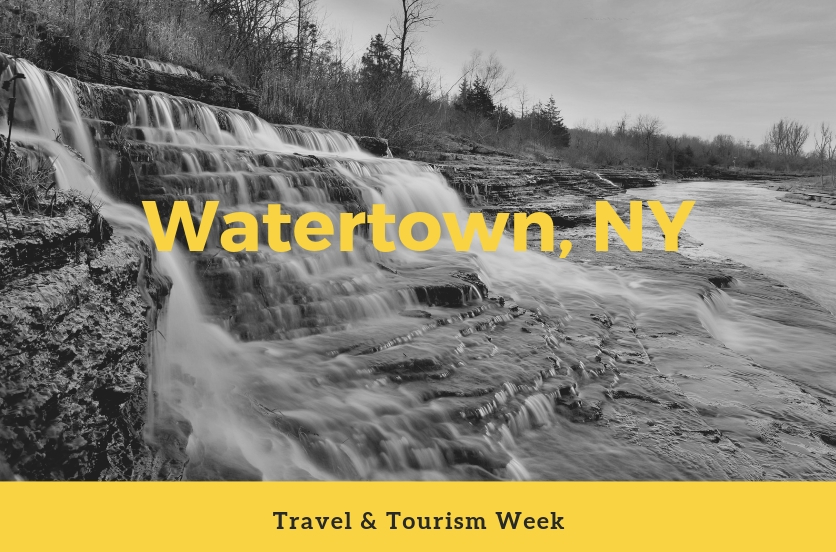 Named after the many falls on the Black River, the city developed early in the 19th century as a manufacturing center. From years of generating industrial wealth, in the early 20th century the city was said to have more millionaires per capita than any other city in the nation.

Situated approximately 25 miles (40 km) south of the Thousand Islands, Watertown is located in the central part of Jefferson County. The city is serviced by Watertown International Airport.

The city is the birthplace of the five and dime store and the safety pin. Watertown is also the home of Little Trees air fresheners. The first portable steam engine was manufactured here and Watertown also holds the Red and Black football franchise, the oldest surviving semi-professional team in the US. The Jefferson County Fair holds the record for the longest-running fair and is home to our honored U.S. Army military post, Fort Drum.

When in Watertown, you can visit historic Thompson Park which offers scenic views, playgrounds, a zoo, and golfing. Once you’ve taken in all that scenery and had some fun, head to Maggie’s on the River for a fantastic casual dining experience or test your creative palette at Spokes & Tapas. Finish off your trip by taking a ride on the St.Lawrence river or maybe see some Semi-Pro football action at a Watertown Red & Black game!

No matter what you’re looking for, there is a beauty to behold around almost every corner in Watertown. So head north for your next weekend getaway and take in what they have to offer!

We put together a list of some of the best-of-the-best in Watertown:

Click here to find out much more before your next trip to Watertown!