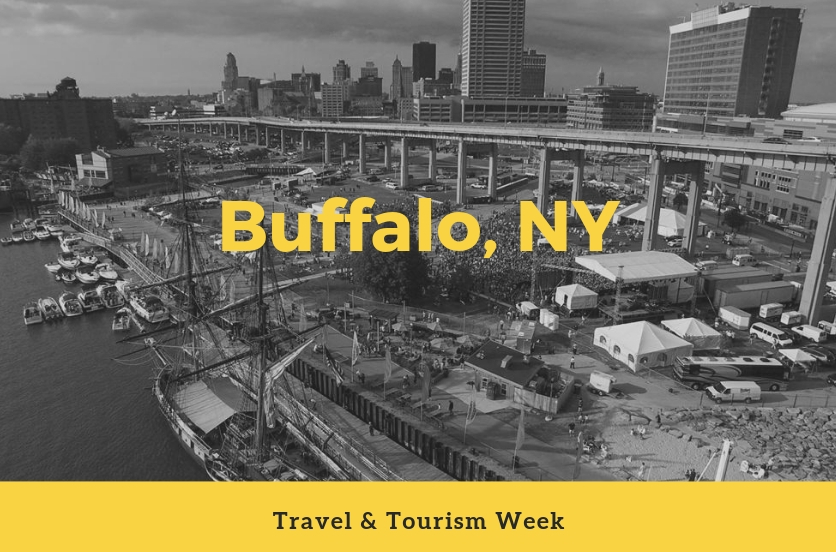 Buffalo is a true melting pot of people and culture. From the food to the architecture, Buffalo is a city you don’t want to skip past. It’s the home of the “Buffalo wing”, but Buffalo has so much more to offer than food.

Rich in culture, history, and diversity, Buffalo is known as the “Queen City”. This nickname is in reference to Buffalo being the second-largest city in New York State (NYC being the largest, of course). In fact, at the turn of the century, only New York City and Chicago had more people. Buffalo is also home to the site where Theodore Roosevelt was sworn into the office of President after the assassination of President William McKinley.

“The city has undergone a remarkable transformation in recent years, from a redeveloped waterfront and revitalized neighborhoods to a burgeoning craft beer scene and over $1 billion in new investment.” – https://www.visitbuffaloniagara.com/

The food scene in Buffalo has always been one of the most popular attractions to the city. From local favorites like Duff’s Famous Wings and Ted’s Hot Dogs to the creative and eclectic fine dining experiences that can found in all areas of the city and the suburbs. Top that off with a fantastic and ever-growing community of local breweries, and you can never run out of good food and refreshments to be had. Did we mention the city smells like Cheerios from time-to-time? That is because General Mills produces their famous breakfast cereal right in the Queen City!

After you’ve gotten your fill on food, pay a visit down to Canalside or Riverworks. Canalside is the premier Buffalo destination for outdoor concerts, festivals, summer fitness classes, and winter ice skating programs – all of which are either free or low cost to the public. Buffalo Riverworks is the place you want to go when you’re looking for adventure! They offer kayaking, rock climbing, ropes courses, ziplining, and even an escape room experience! Once you’ve worked up an appetite from all the fun, both Canalside and Riverworks have options to refuel and get back to it!

We put together a list of some of the best-of-the-best in Buffalo:

Click here to find out much more before your next trip to Buffalo!