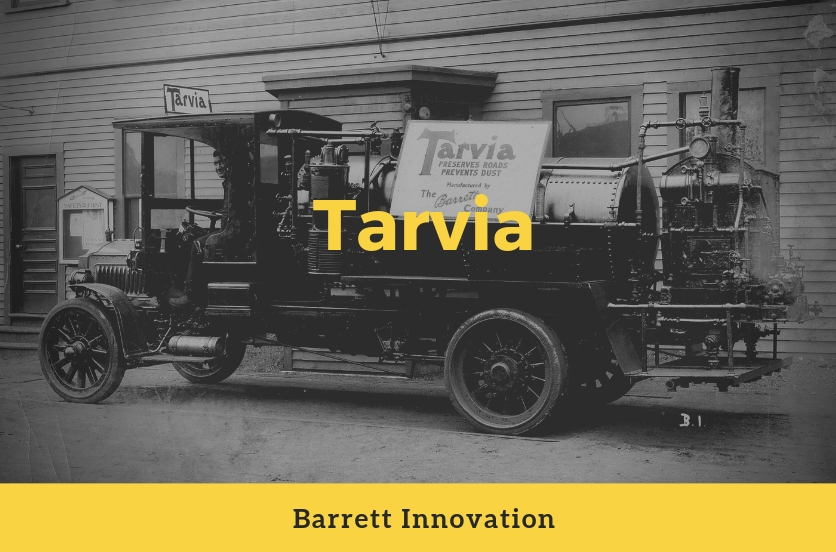 The road to success

Road construction was far from Samuel E. Barrett’s mind when he began a small roofing business in Chicago, Illinois, in 1854. As his operation expanded, Barrett realized that America’s growing cities were literally getting stuck in the mud, and he saw the need for innovative solutions for the country’s burgeoning road system. The demand for paved streets and sidewalks led Barrett to experiment with roofing tar as a treatment for brick, stone, and wooden block pavements. The concept was a success, and Barrett Paving Materials was born. 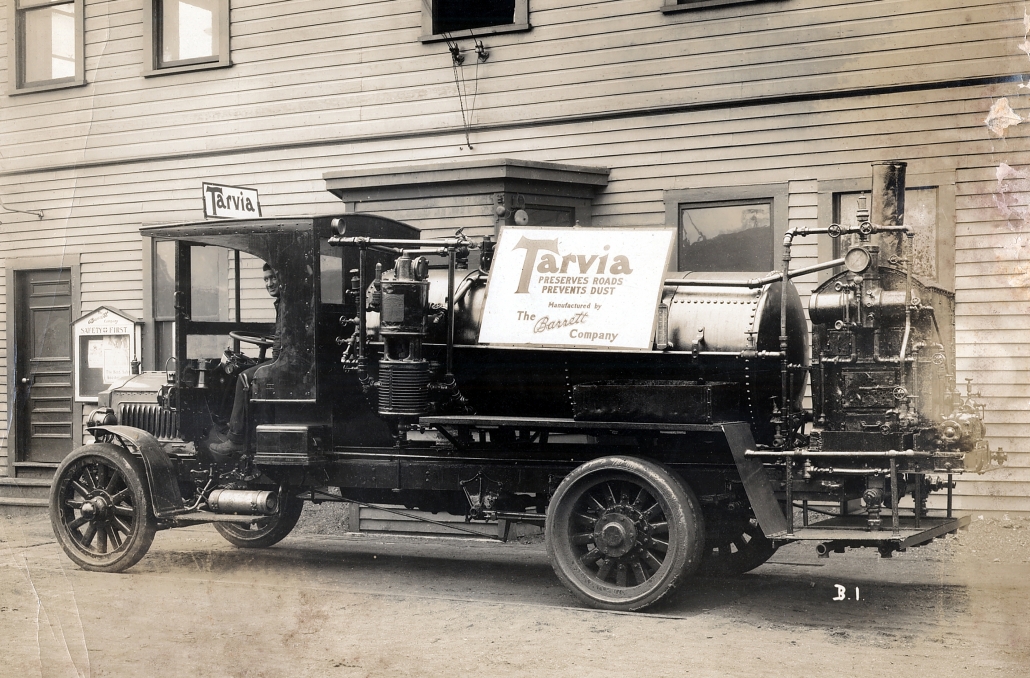 Prior to the introduction of Tarvia™ to our roads, we were driving on dirt and mud. With the rise of the automobile during the early 1900s, we needed roads that would improve driving conditions for this new mode of transportation. In 1903, the Barrett Manufacturing Company initiated experiments in Jackson, Tennessee, which eventually led to the development of Tarvia™. Tarviated roads were a cost-effective solution for creating and repairing the roads that Americans and their Model Ts so desperately needed. By combining Barrett coal tar with wooden blocks/bricks/stone, Barrett Paving Materials successfully created paved roads and thus, a better and more economical way to finish roads and better prepare them for the future of the automobile.

Barrett’s advertising campaign, “good roads at low cost,” targeted American consumers and informed them of how Tarvia™ could improve not only their roads but also their lives. Tarvia™ drastically improved the nation’s rural highways, contributing to the success of the automobile and unprecedented commerce between rural communities and distant cities. 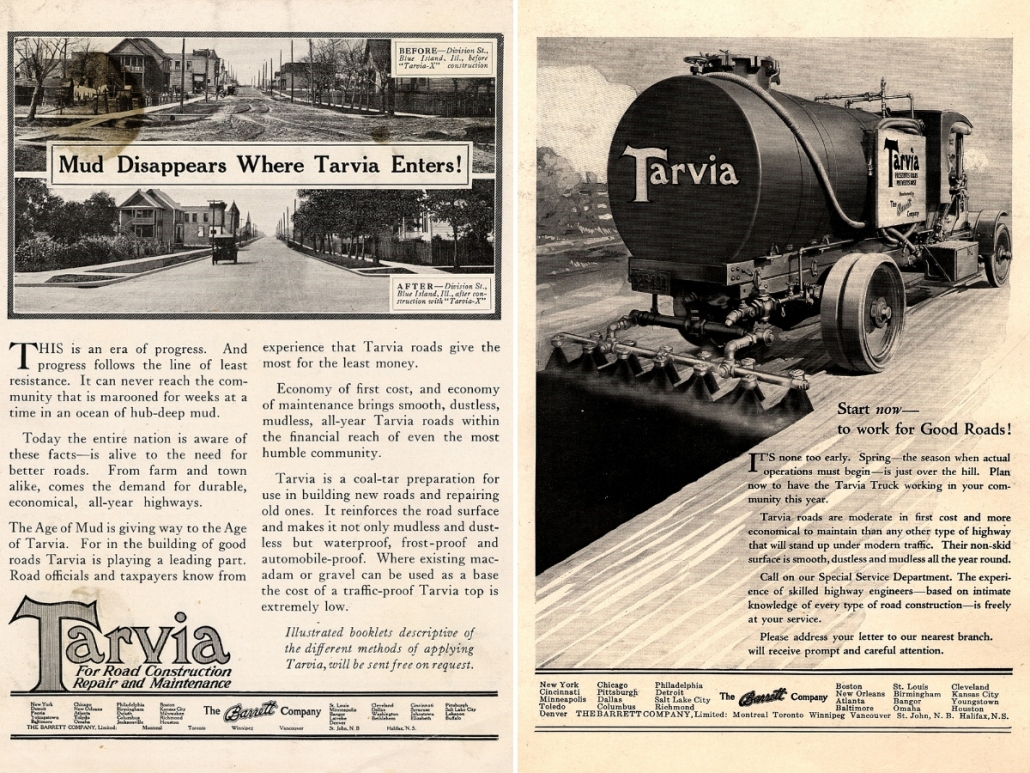