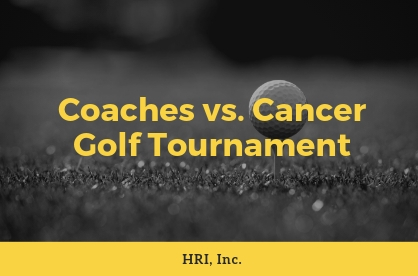 On Friday, May 31, 2019, HRI, Inc. and IA Construction will participate in the 23rd annual Coaches vs. Cancer of Penn State Golf Tournament.

Every year, HRI along with other organizations in Central Pennsylvania join together to play a fun-filled 18-hole game of golf. This event is to raise not only awareness but also donations for the American Cancer Society as well as mission programs in their local communities. While HRI has participated in the tournament for the last 20 years, this year is special, as IA has joined HRI to support the cause and together, became the number three sponsor of the event!

In 2018, the Penn State chapter of Coaches vs. Cancer program was one of the largest programs in the country surpassing the $3 million net milestone since the program’s inception. ~ PSECU

For more information on this event visit www.cvcpennstate.org