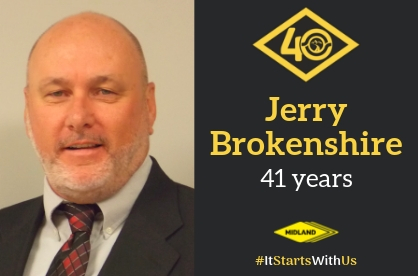 Today, Jerry is extremely proud and thankful that he was able to make it through his first job as a laborer at the beginning of his career and is now one of the employees that he admired most for their dedication to the organization. He was attracted to the position at HRI by his brother who had been working for the company for almost a decade at the time. Like any first day, Jerry was nervous and excited. For his first day on the job, Jerry was put onto a small Ford loader for the day. Although this made him feel isolated, he stuck it out and paved his own career path.

Through his 41-year journey, Jerry has seen many changes within his career and the way technology has expanded opportunities. Jerry spent 5 years as a Laborer then moved up to Paving 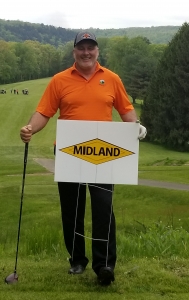 Foreman for another 10 years. He recalls, “Life was different back then. After lunch, I would always have to drive to the nearest phone booth I could find to call the boss to order trucks and asphalt for the next day’s paving.” Following his 15 years in the field, Jerry held a management role as an estimator and since 2012, he has held the position of Senior Estimator at Midland Asphalt in Bloomsburg, PA.

Not only did Jerry watch his career evolve, but he also had the chance to watch HRI, Inc. and Midland Asphalt bloom into the organizations that they are today due to the improvements of company and safety culture. According to Jerry, 40 years ago safety was not a priority. As improvements to our company culture were being promoted, the visible change in the way we viewed safety did as well. Safety had a very visible evolution, but like the cell phone and the computers, it too transformed the way we do business.

Thank you Jerry, for your years of service!